Nim Li Punit is just one of the many archaeological sites of Belize.

If you’re going to Belize on vacation, to house sit or for business, it’s a must to visit at least one Mayan temple. We’re on a pretty tight budget these days so we chose to visit the Mayan ruins of Nim Li Punit. They are located closest to where we are staying, near the Monkey River Village, right now. 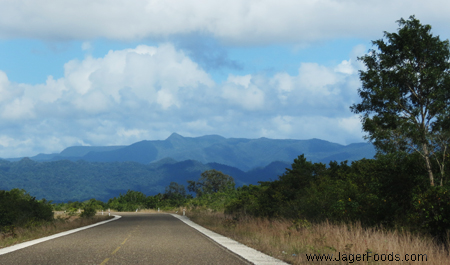 For an easy day trip excursion that will take you further into Southern Belize, Nim Li Punit is a great choice. This Mayan site is located just off the Southern Highway leading to Punta Gorda (P.G.). 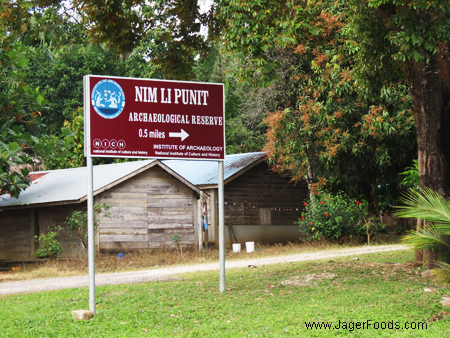 Note: Punta Gorda is the most Southern town in Belize and has a port, gas station, chocolate factory and lots of foreign visitors that enjoy the little tourist shops and restaurants.

Nim Li Punit is reached by traveling on a small dirt road for about 1/2 mile that leads up to the visitors center. 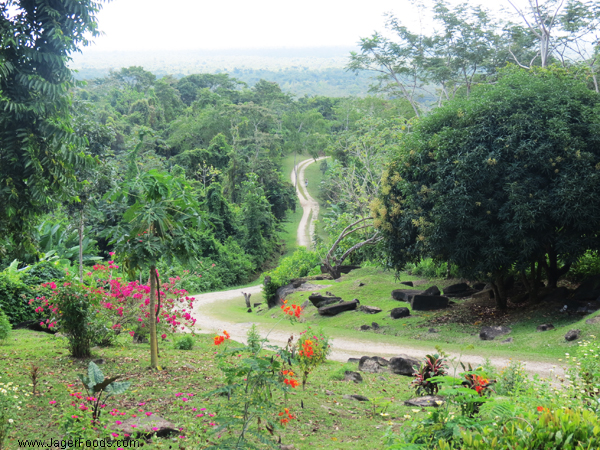 At the Nim Li Punit visitors center you will be given a brochure that gives an introduction, explains the site layout and materials used. You will be granted access to this archaeological site for only $10 BZD ($5 US) per person.

There are two buildings that give a brief history of the excavation and also house two of the larger carved dynastic monuments. 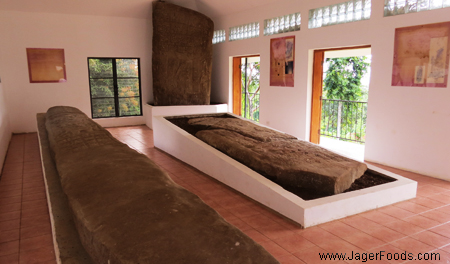 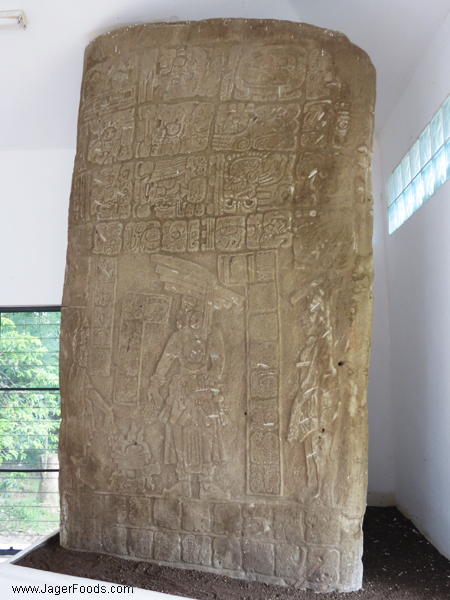 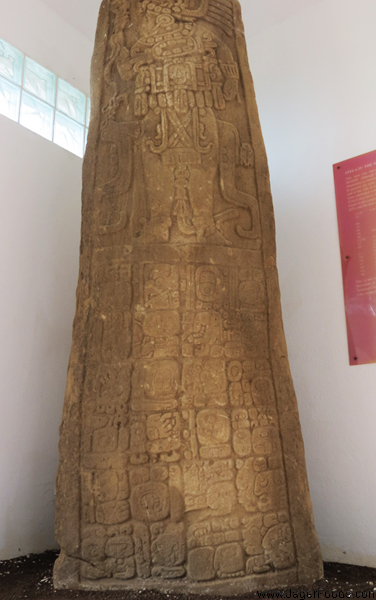 The foot trails start right behind the visitors center and are relatively easy to navigate.

Hand rails have been added to most of the stone stair areas you will have to climb. The steps are quite uneven so be sure to wear appropriate footwear. 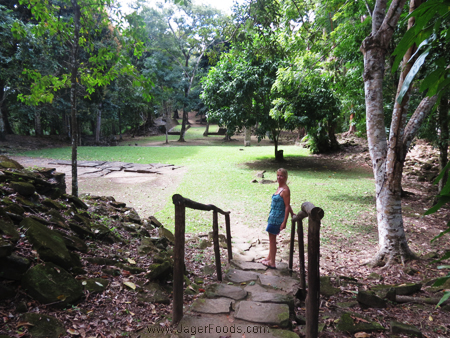 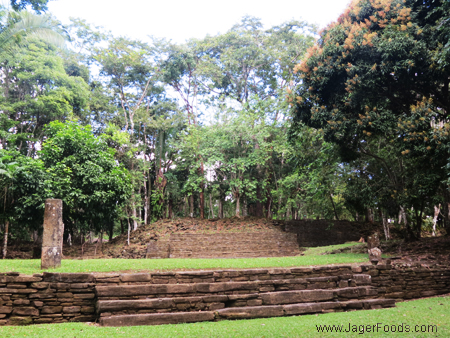 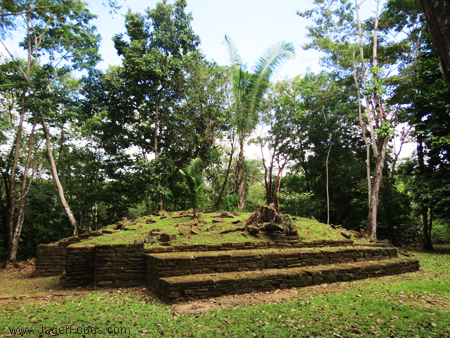 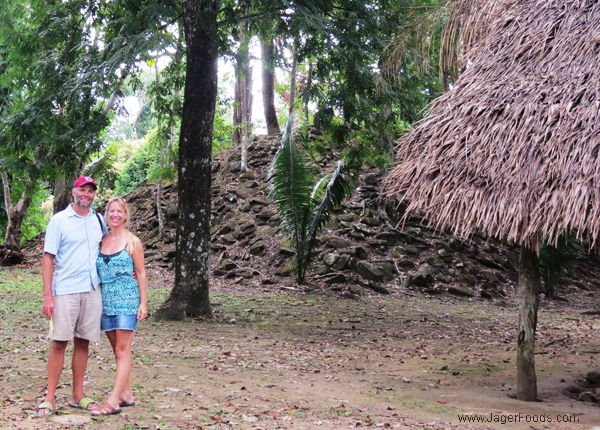 Nick and Silke enjoying the day

Huts have been erected over some of the exposed burial sites and monuments to prevent further erosion. 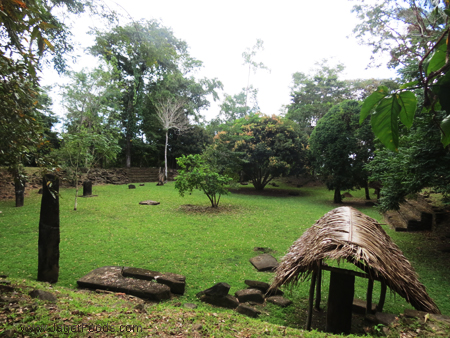 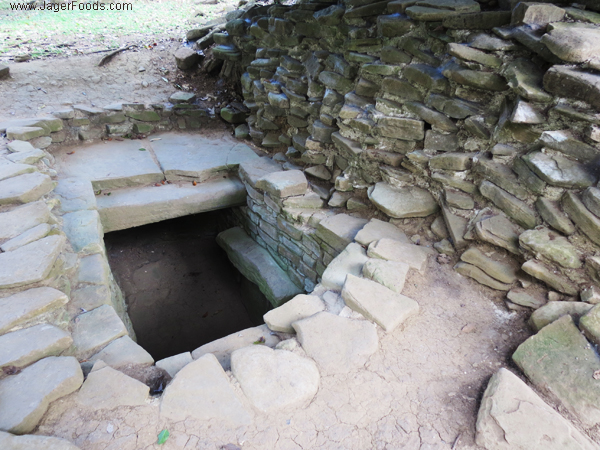 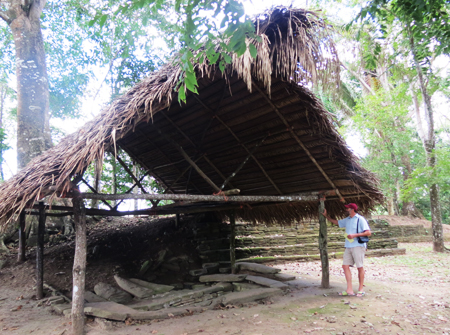 This tomb contained the remains of at least five people 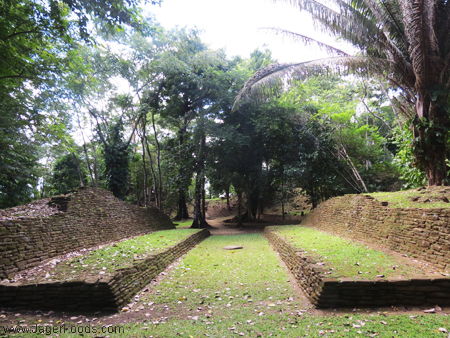 “This Mayan ball court consists of two parallel structures, and the rectangular space that lies between them. At the center of this space there is a ball court marker. The Maya ball game is a ritual associated with the creation of the universe, the earth and all that lies within.

The game is played with a large round ball made of hard rubber. The rules of the game are not known, but it is clear that the movements of the ball represent cycles of the sun, moon and other celestial bodies.”

It was very tranquil and relaxing to walk among the Mayan ruins and gaze out over the Mayan mountains in the background.

On the day we visited Nim Li Punit there were only a few other tourists there and we had the place pretty much to ourselves. We saw a variety of different birds and even a small Tapir. 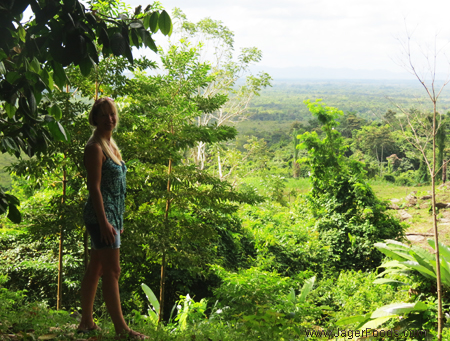 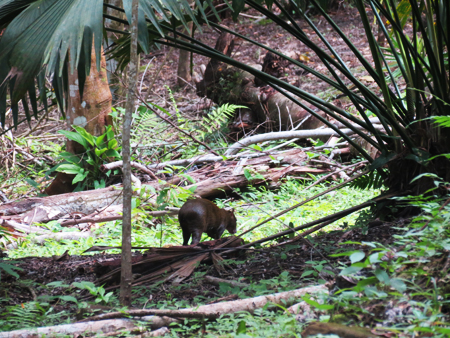 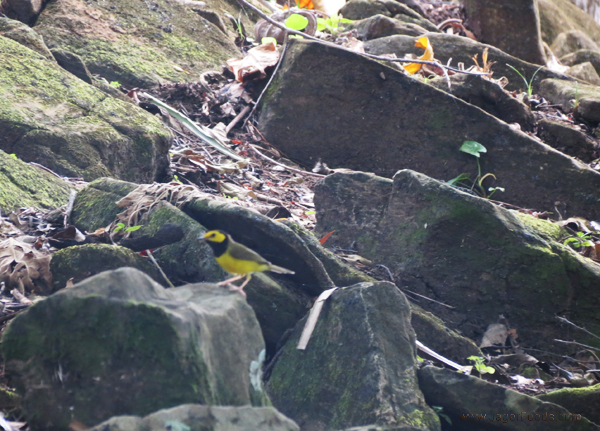 Nim Li Punit had everything we were looking for from a Mayan Temple site. Tranquility and beautiful views!

Silke envisioned a much larger temple ruin that you could climb on while Nick felt that we scored by not having to climb to the top of anything.

Most area resorts and hotels offer daily tours to this Mayan site with guides that will explain the history of the Mayan people. By the way, in kekchi Maya, “Punit” means “hat”, “Li” is the article and “Nim” means “big”; forming “The Big Hat” for “Nim Li Punit”. 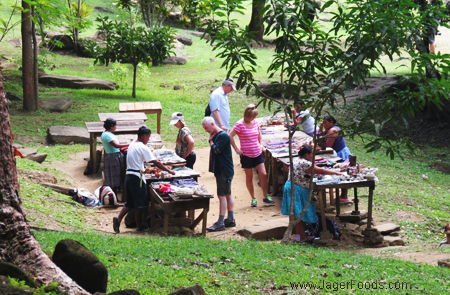 We had a fun filled day in Belize with our visit to Nim Li Punit and then making our way further South to Punta Gorda for lunch at a fish stand and more sight seeing. Punta Gorda is a small harbor and fishing town on the most Southern coast of Belize.

Have you been to one of the Mayan sites in Belize? Leave us a comment below.