Back in the 1950s, VW had cool micro-bus campers that are still around today. In 2015 VW is showing off a very modern version of that camper called the VW California T6. Advance sales of the new California camper have started a few weeks ago at dealerships in Germany. Despite the name though, sadly the California isn’t actually offered in California or anywhere else in the United States, yet. Hopefully that will change soon! In the meantime check out this awesome LEGO T1 Camper Van.

Wouldn’t it be awesome to be able to travel all 50 states in a VW camper van? It’s been on our bucket list for a long time now.  Did you know that there is a term for people who live in a van? Vandwellers  – a vandweller can live happily forever on $20 a day in the United States. 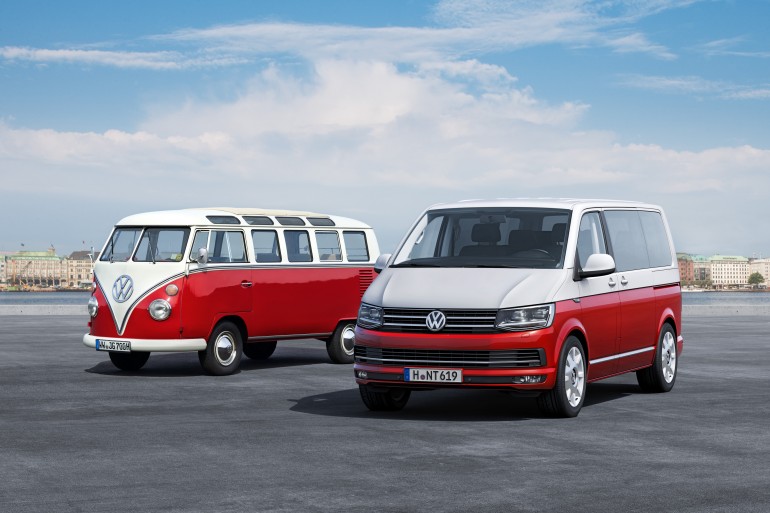 The camper van comes in three versions with the main difference being the trim levels and a range of gasoline and diesel power train options.. The Beach is the entry level model and comes with a 2.0 L diesel engine making 102 hp while the Ocean comes with a 2.0 L gas engine with twice the power output of the diesel.

New to the range is the California Coast. With a manual pop-up roof and an aluminium row of units in pale wood trim, it is more motor-home than passenger car, but without losing any of the high level of everyday practicality.

A key fundamental feature of the California range – besides the convertible, multi-functional interior and integrated accessories – is the fold-out double bed on the ‘first floor’.

The pop-up roof with a sleeping area of 1.2 x 2 meters and the proven layout with a folding bench seat in the back, which if needed can be laid flush to form a bed, and, depending on equipment line, a slim row of kitchen units with cool box, gas cooker, sink and storage space on the left-hand side, has therefore been retained. The vehicle height remains at practical 1.99 m (around 6′ 6″) on all three models. This successful concept has been made better still with enhancements to detail. 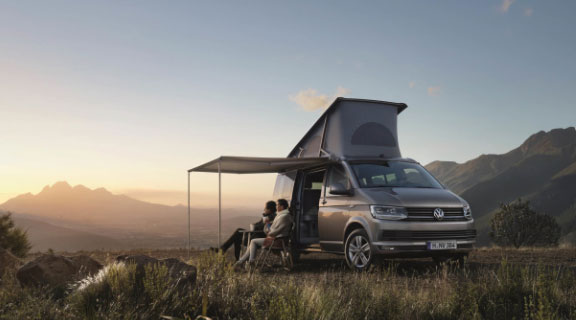 Depending on which configuration you choose, it can fit up to seven people on the road and sleep up to five. VW has thrown everything into this van, literally including the kitchen sink. The Ocean model has an electro-hydraulic pop-up roof and LED lighting with dimmer switches.

Advance sales of the new California have started at dealerships in Germany with prices starting at €41,429.85 for the Beach. You can read the full press release and review on autoblog here.

Even if the VW camper van was available in United States, Nick and I wouldn’t be able to afford a brand new California T6, but it sure is fun to dream. Maybe one day we will find an older version.

Does van dwelling appeal to you? What do you think of the new VW California T6? Leave us a comment below.