Hunting Island State Park in SC in a beautiful place to camp by the ocean.

After moving from the ‘Land of a 1,000 Lakes’ it would seem that the last thing we would be drawn to is more water. The allure that the ocean offers can be both calming and staggering at the same time. Once Silke and I had found campsites that sat right off from the ocean, we knew it was going to hit our bucket list.

South Carolina has over 47 state parks to choose from. #findyourpark

Hunting Island State Park is located in the lower half of the state at the end of Highway 21. With over 170 camp sites to pick from you still need to book your stay in advance to guarantee a reservation. The website that the state parks are run on, Reserve America, offers a calendar that shows availability and location within each park area.

Check out our short video to get a better feel for this state park:

Camping At The Beach At Hunting Island State Park

We had already scouted out the area ahead of time and knew where we wanted to be so it then became just a matter of finding availability for our selected camp sites. A minimum of a two night stay is required so with a little bit of wiggle room we got in to our ‘perfect camp site’. Once I had our reservations made I could hear the waves crashing on the beach and almost smell the campfire smoke. It was still over a week before we were going and to say I was a little excited would have been a major understatement.

I’m a camping gadget kind of guy. If there’s a piece of equipment or device that can enhance or somehow make the whole experience more enjoyable it has to be checked out. On the other side of the coin I’m also a minimalist. The whole point in going camping is to ‘get away from it all’, so why would anyone want to bring it with them? This camping trip was kept simple and nothing new was purchased for it.

Armed with only our Coleman tent and cooking supplies we ventured off into the wilderness. 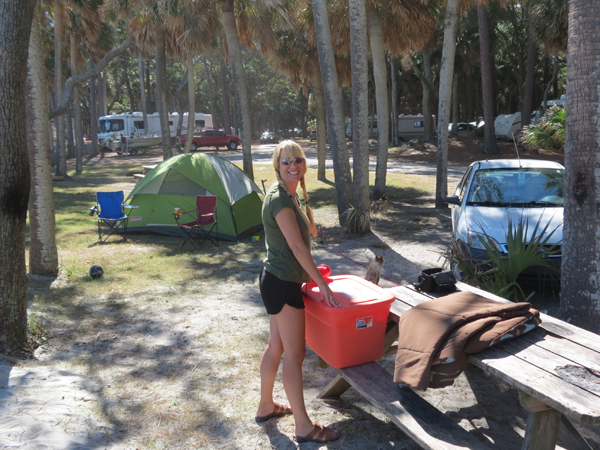 Strength in numbers. There is a certain amount of camaraderie that takes place while camping. You’ve basically created your own little living space in a designated area and you’re suddenly surrounded by complete strangers and unknown wilderness. 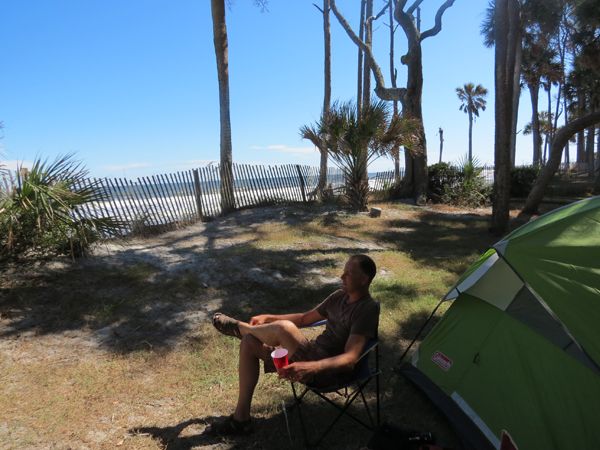 After setting up the tent and getting a fire started we were given more kindling and extra fire wood by our neighboring campers than we could have ever imagined bringing with for two days. You’re supposed to buy your fire wood and not bring any outside logs with you to the camp site.

Our can opener went missing on the second day. The cartoon of the guy stranded on an island surrounded by canned food while slowly starving to death came to mind, but we were surrounded by a group of people that were more then willing to lend us theirs. Caring is truly sharing!

The beach went beyond our field of view and you really got a sense of how remote it really felt once night came. A beautiful sunset was soon followed by the biggest celestial view one could ever imagine.

It was such an incredible view that we got lost star gazing for awhile. With our new stash of wood from the kindness of strangers, we finished the evening with sitting around the bonfire. Listening to the ocean while you fall asleep is probably the most relaxing thing I can think of next to a gentle rain. 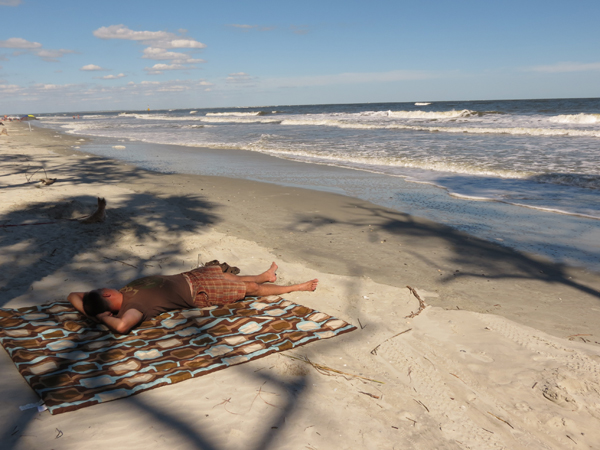 Beach combing for two days, swimming in the ocean and star gazing at night flew by a lot faster than anyone could imagine. We were ready to go home and make plans for the next time we would be able to come back and visit. Early October was the right time of the year so we will have to definitely keep it in this time frame. 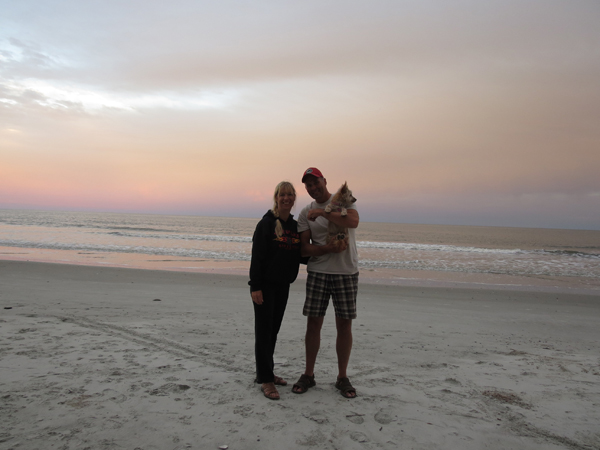 Visiting all 47 state parks in South Carolina seems like a pretty tall order (you get a free t-shirt if you do). I’m not saying that we’re not going to try, but I’m pretty sure it’s a distant pipe dream at best. Our visit to the Hunting Island State Park was one of the most memorable camping trips we’ve taken in a long time.

Have you visited or camped at the Hunting Island State Park before? Leave us a comment below.