Showing off pictures taken with a Pentax adventure camera.

As an early birthday present I received a Pentax adventure camera. We were leaving on a 5 day sailing trip on the Caribbean ocean the very next day. It was the perfect reason to hand over the gift wrapped package Nick had been hiding from me for several weeks now. Thank you Nick, I love my brand new Pentax Adventure Camera!

Read on to find my underwater pictures and camera review.

Nick: Once we knew that we would be house sitting in Belize, getting an underwater camera just seemed like the perfect gift for Silke. I did a lot of research on this one and was surprised at all the different cameras available. Price wise I was looking for middle of the road. Nothing too over the top, yet nothing that you would end up throwing away after only a few uses.

As far as the color, I wanted something that would be easy to find if we should ever drop the camera in the ocean.

“I love the color!” That’s the first thing I said after I pulled off the gift wrap and saw what it was. :) It took me a minute to realize that I was holding an underwater, waterproof digital camera. How cool! I was very excited.

The Pentax adventure camera easy to set up and use.

Like I mentioned above, the initial set up of the Pentax adventure camera was very easy.

You simply follow the 15 steps as outlined in the Pentax/Ricoh Quick Guide to set the home screen, date, location, etc..

Here is the very first image I took with my new digital waterproof camera, I didn’t do any ‘photoshopping’ or touch ups at all. Not too bad for a point and shoot camera after having a beer or two, huh? 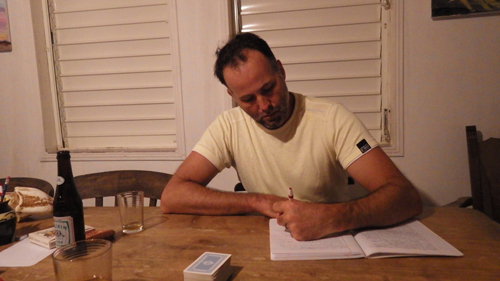 Nick: We already own a Canon PowerShot camera, so as far as the image quality goes we were measuring the Pentax up to it’s caliber. The first shots that were taken pretty much solidified that the picture quality was excellent. You can correct me if I’m wrong here but I would say a side by side comparison of similar shots and you would be pretty hard pressed to tell which picture belonged to what camera.

Oh, I don’t know about that. We got pretty spoiled with our Canon camera and I can definitely tell a difference. The Pentax takes nice pictures, no doubt, but I tweaked almost every one of the images at least a little bit. I love using my older version of Photoshop for that. Usually I just crop the image and if needed I will lighten or darken the image a little. Nothing too mayor.

The program that came with the camera has a few nice features, if you don’t already have image manipulating software. The video part of the software is pretty much worthless though, especially if you want to add text or splice different videos together. More Underwater Digital Cameras

The following pictures and videos are a small sample of what this camera can do. 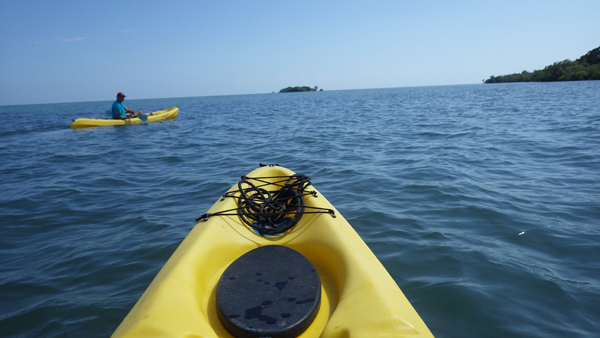 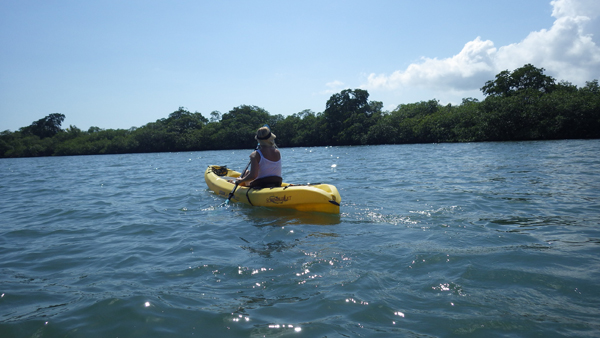 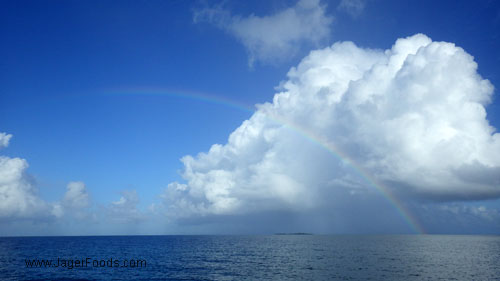 A rainbow over the ocean in Belize 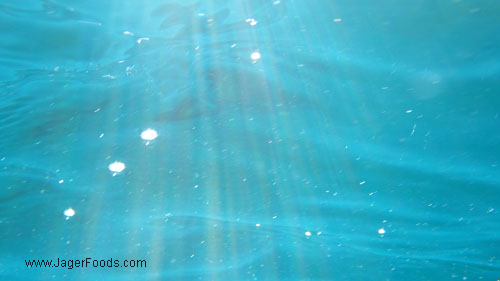 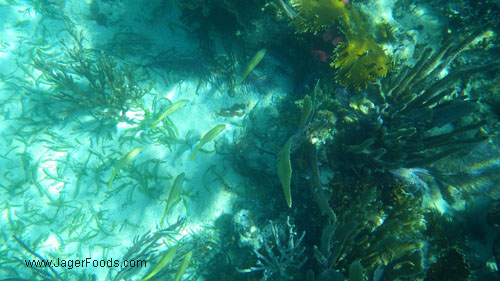 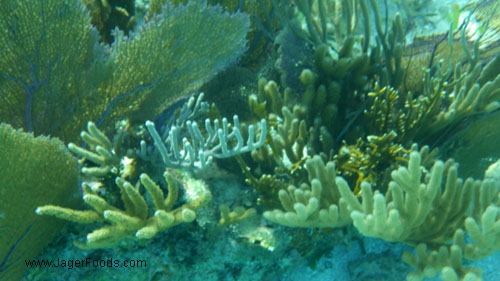 Get Your Own Underwater Camera 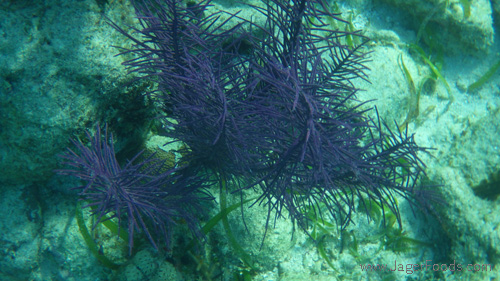 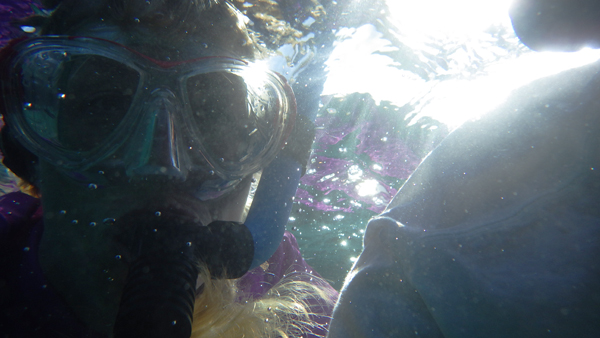 I tried to take an underwater selfie of Nick and myself :)

Nick: You’re right about the video editing software aspect that comes with the camera. Maybe we’re spoiled with what we have at home already, but even simple things like cutting and splicing should be automatic, adding text and sound manipulation a distant second. It doesn’t do any of that.

Over all I’m impressed with the quality of the pictures and the video output (patting self on back). I hope it’s something that will stand the test of time and maybe become your new go to camera when you’re flying out the door trying to capture a shot of that elusive howler monkey.

We haven’t even started to learn all the different camera settings yet.

There are a few more things I would like to point out:

1) The Pentax adventure camera is truly waterproof! I even dived with it a few times, not too far down since I can’t hold my breath for very long. The camera is shaped well so it lays nicely in your hand.

2) The screen is nice and big, but it’s very hard to see anything when the sun glares off the glass.

3) There was a cloudy spot on the front glass the second day we used it, it disappeared after a few minutes and we think the camera must have been left out laying in the sun for a while.

4) The carabiner is nice to have when carrying the camera around, I have a hair tie attached to it so I can wrap it around my wrist. We borrowed a floating wrist wrap when we used the camera underwater.

5) I was afraid that the camera glass over the viewer and screen would get scratched up if the carabiner should hit it just right. A beer bottle insulator sleeve makes the perfect camera carrier.

6) We were both impressed with the sound the camera picked up while shooting the videos.

7) Don’t just take our work for it. Take a look at the reviews of the latest Pentax/Ricoh Waterproof Digital cameras on Amazon before you buy.

Do you own an adventure camera? Please share your experiences in the comments below and be sure to subscribe to receive our newest articles.

Nick and I will continue to use the Pentax Adventure camera and will add any new findings.

UPDATE: Nick and I are now care takers in Hawaii, as of Dec. 2016, and still use our Pentax camera on a regular basis. We just took some awesome photos while playing in the ocean and suntanning on our favorite beach at the Mauna Kea resort on the Big Island.