Last weekend Nick and I attended Dagan’s album release party for ‘Change Something’ at the Big Island Brewhaus. Since we started our care taking job here on the Big Island we have become regular visitors to the Brewhaus, stopping in for one of the locally brewed beers every so often. Scroll down to listen to the live performance of one of Dagan’s songs…

We first met Dagan on a Sunday afternoon drinking coffee in Hawi, HI, a charming little town on the North Kohala coast. He was playing his music outside the coffee shop, and we enjoyed it so much, we not only struck up a conversation but also purchased his second CD ‘Paniolo Music’. It contains original Hawaiian Country Music from Paniolo (cowboy) country in Waimea on the Big Island of Hawai`i.

Dagan’s third album ‘Change Something’ is a relaxed and uplifting indie-folk release.

The CD features original song compositions crafted around the acoustic guitar and his expressive singing voice.

Having experienced great personal change and growth in his life, Dagan has created a musical statement that speaks to the feelings of overcoming fears, living life to its fullest, finding love and yearning for deeper meaning in one’s life experiences.

Along with his finger-picked acoustic guitar, Dagan adds additional instrumentation through his expressive ‘ukulele playing and a rhythmic back-beat using a unique foot percussion set-up. Special musical guests include guitarist Colin John on two tracks and Long Tall Deb on backup vocals on the epic final track, High & Lonesome, adding to the sonic palette of this well crafted indie-folk release.

Dagan and his friends are super talented musicians and a lot of fun to listen to! Listen to the video to judge for yourself.

Nick and I are not musically inclined, neither of us plays an instrument, so we are always impressed when someone is willing to put themselves on stage. All the songs on Dagan’s CD have been written and composed by himself. The CD was mixed and mastered by Michael Landolt and recorded by Kiyoshi Najita at Hale Pu’uwai Aloha Barn in Waimea, HI. 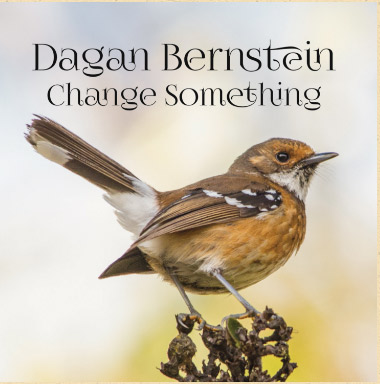 Click on the button below to learn more about Dagan, his music and to purchase his CDs:

Nick and I always have a good time at the Big Island Brewhaus in Waimea and especially enjoyed listening to the live entertainment that night. The special opening act for Dagan was the talented Rachael Scott, one of Brewhaus’ friendly bar keepers. Rachael has a lovely voice and musical style all of her own.

One of the things that makes the Big Island Brewhaus unique, is what it’s lacking: no big televisions to fill the wall spaces. When you go to the Brewhaus you’ll meet new people and have great conversations. Having live music playing in the outdoor patio area simply compliments the friendly atmosphere that is created here.

Great beer, good friends, and live music! What more could you ask for?

What do you think of Dagan’s song High & Lonesome? Leave us a comment below.

4 thoughts on “Dagan Music At The Big Island Brewhaus”