Catching Up With The Past While House Sitting

Wander down memory lane with us while we explore the Fayetteville area of North Carolina.

We are on another house sitting assignment in North Carolina at the moment. The home is situated right next to a small lake with a vegetable garden and an inside cat named ‘Snow’. This time we are in the Fort Bragg area of this beautiful state, which is where Nick and his family lived during the ’70s. You see, Nick’s dad was a pilot in the Air Force before settling on a farm in Minnesota, and both Nick and his younger sister Stacy remember living in a country house surrounded by tobacco fields, pine trees and a vineyard on top of the hill.

I have heard the stories and watched an old home made movie how Pete, Nick’s Dad, cut down a huge pine tree in the backyard with his bare hands. I saw pictures of a very handsome and young Pete and Sue with their two oldest children besides them. They are posing outside of the house, standing on a small brick patio, looking happy and carefree. It must have left a big impression on Nick and Stacy as they are still talking very fondly about living in North Carolina to this day.

Fast forward thirty-some years and Nick’s parents don’t even remember the actual address they were living at back then. All we had to go by was “drive 12 miles out of town on Highway 210 and take a left after the three trailer houses”, and that’s exactly what we did.

Our first attempt to find the house led us in the wrong direction. We started just outside the front gates of Fort Bragg and drove on a brand new four lane highway for several miles. After clocking in 12 miles on Hwy 210 we ended up driving straight into downtown Fayetteville, NC. 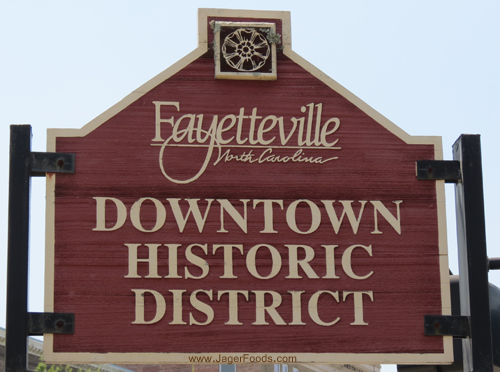 We had to stop for a stroll through the downtown Fayetteville area with its beautifully preserved brick buildings. 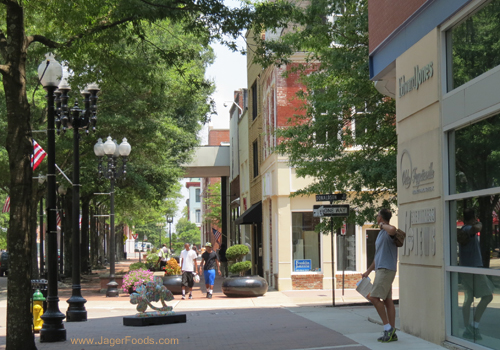 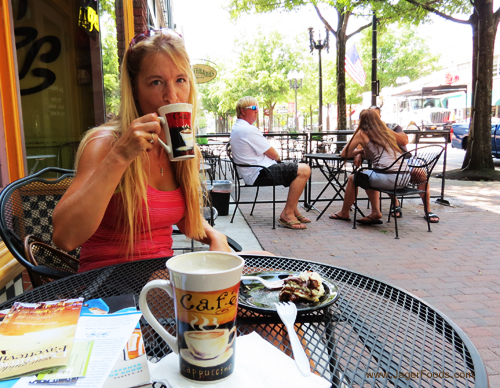 With so many different shops and historical sites we were glad to spend a couple of hours to see what Fayetteville really had to offer. We felt right at home drinking our coffees and watching the cars cruise up and down the main street area. 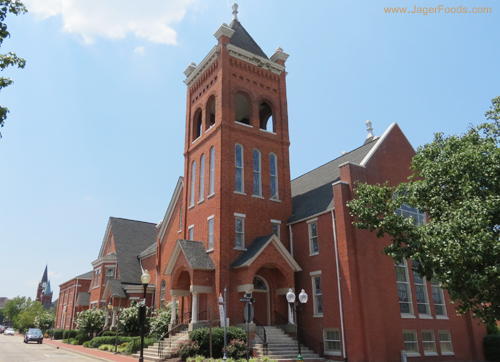 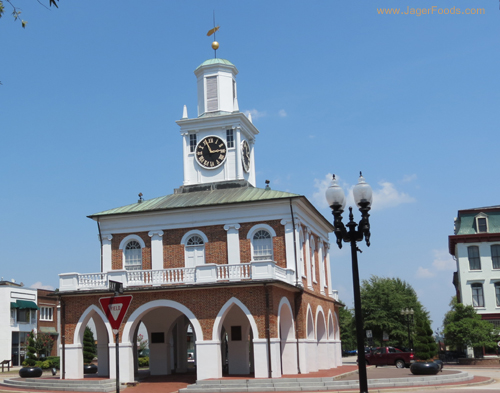 Filled with a good dose of caffeine, we backtracked to Spring Lake, NC, and started driving the 12 miles in the opposite direction.

After a few minutes we were in the country and started seeing the first tobacco fields. Now that’s better! Except we didn’t really know where the edge of town was thirty years ago and how far we should drive until we needed to turn left onto the long gravel driveway.

We both figured the three trailer houses from way back then would be long gone. Let me tell you, we saw at least seven different three trailer house combinations by the side of the road in the first eight miles. Yes, we slowed down or stopped at every one of them because they all looked about thirty or more years old. I was a bit reluctant to take photos of the trailers, in case someone was home, so I took pictures of the tobacco fields instead. 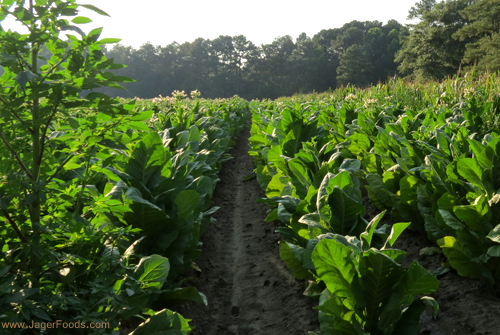 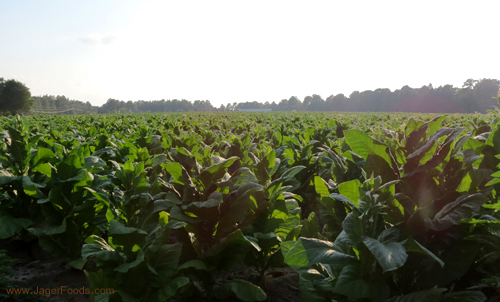 Nick remembered a straight driveway next to a tobacco field with a small brick house on one side. There was a little lake close by and a large Southern style mansion looking house on a hill on the opposite side of the road. Unfortunately, after searching for several hours, driving up and down the highway, we didn’t see either house. I was naughty a few times and told him, that’s it right there! Ha, ha, like I would know, huh?

What we did see were a lot of older style trailer houses, modular homes and new housing developments with beautiful landscaping surrounding them, tobacco and corn fields and lots of gorgeous pine trees. Oh well, nothing ventured, nothing gained, right? 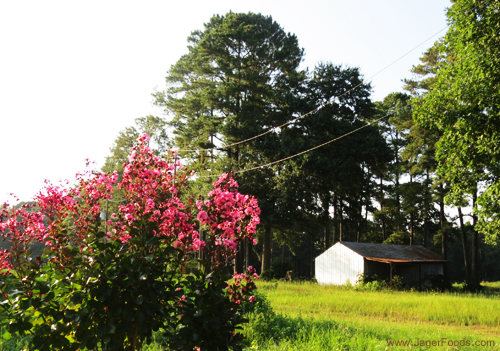 Maybe Sue will be able to find the actual address and then we are more than willing to give it another try. The Fayetteville area is a very beautiful part of North Carolina.

Actually, I think I was more upset about not being able to find his childhood home than Nick was. It would have been so cool to be able to take a photo of him in the same backyard and send it to his parents and siblings.

Have you ever sought after a place from long ago? Please share your experiences in the comments below.

One thought on “Catching Up With The Past While House Sitting”