The Ever Evolving Worker

A short story about Glen the ever evolving worker.

Whether you are searching for your very first job, you were laid off, or are secretly dreaming of a career change, here is a short story about the ever evolving worker most men can relate to. Nick Jager writes about unemployment, the job market and the working man…

Glen Dempsey is a self proclaimed ‘fiddler’. Let’s be clear here, Glen is not musically inclined. The closest he ever got to a musical instrument was a drum set that was given to him by his uncle at the age of eight. The banging that ensued eventually saw the drums migrate from the house to the garage and finally out in the shed.

Glen reflects on that drum set with a slight chuckle.

“All I can remember is just beating on those things like that puppet on the Muppet Show. Hell, I thought that was how you were supposed to play them.”

Glen was no Buddy Rich, but over time he developed other interests that involved taking things apart to see how they worked. His ‘fiddling’ around with things not only allowed him to understand the mechanics of things, but began to generate ideas as to how to improve them as well.

It was during a high school tour of the local news paper shop that his eye caught the large printing presses.

Transfixed by the mechanics of these huge machines and watching the pressman make the necessary adjustments to keep everything in check had him hooked. He would find himself attending the Graphic Arts program after high school and landing a job at a print shop in a neighboring town.

The print shop flourished and with it’s success came Glen’s as well.

He married, bought a house and soon had a baby on the way. Just when life had seemed to find a perfect stride it unexpectedly changed.  Glen soon realized that he was allergic to the printing press ink. It started out as a mild rash but it soon affected his respiratory system and he began to have difficulty breathing while at work.

The print shop he worked for allowed him to transfer out of the press room and into the prep department. Glen now found himself sitting in front of a light table and setting film separations for the plates that were run on the presses.

“I was always thankful that they worked with me when I found out I couldn’t work on the presses anymore. They could have just let me go but they cross-trained me instead. I really felt like I was a part of the company.”

Working in the prep department for five years seemed like a sure bet. Until advancement in the graphic arts field saw the end of his job yet again. Computers were now used to do all of the layout and design. The prep room as Glen knew it was radically changed yet again and he found himself looking at yet another career change.

“I could have stayed with the company and they would have trained me how to run all those computers and stuff but my heart just wasn’t in it. I decided it was time to move on.”

Glen moved on to an auto factory in another town close by and got a job on the production line. The company closed the facility last March and he’s found himself collecting unemployment ever since.  He spends time ‘Fiddling’ around in his garage, contemplating his next move.

Creating ‘Glen’s story’ I couldn’t help but feel that, not only was Glen a chameleon of the job market, always changing to adapt to it’s new job professions, but also a survivor of an ever changing job landscape that can never quite settle into something stable.

My unemployment will run out soon. I’m too old for certain physical labor jobs yet too young to even think about retiring.

How many of us have found ourselves in a similar situation?

Whether its health related, modern technology or a bad economy, we’ve been forced into making a career change that has sent us off in another direction. Could those of us who have had to make these changes been so lucky as to use our existing skills, or did we have to develop new ones?

handing me the book ‘What Color is your Parachute?‘. 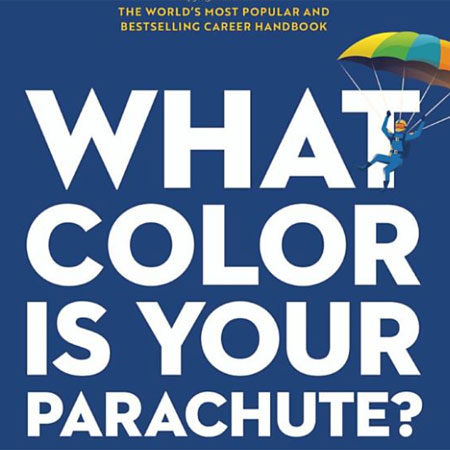 I should have handed it back to him and asked him for the copy of ‘Where will I land?’. Maybe it’s time for some  journaling for self discovery, it certainly couldn’t hurt.

Are you an ever evolving worker with similar job market experience? Please share your comments below and subscribe to receive our newest articles.

9 thoughts on “The Ever Evolving Worker”