Not All Free Range Chickens Who Roam Are Lost

Our chickens are six months old already! They enjoy a healthy diet of purchased feeds and scratch with a mixture of free range as well. Although our backyard chickens enjoy being out of their coop, the time they spend outside can often be problematic. Read on to learn about the ups and downs of having free range chickens.

The concept of Free Range Chickens

It is a term simply defined as ‘chickens that are allowed to roam beyond their habitat’. For chicks going out and beyond their chicken coop has many advantages and disadvantages. The main concept is that by allowing the chickens to have outdoor access, you are allowing them access to their natural surroundings for a few hours a day. According to the Humane Farm Animal Care (HFAC), they recommend 6 hours per day. 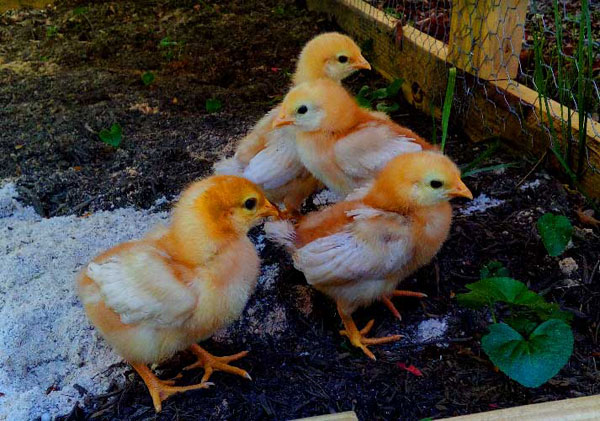 When it became apparent that our own chicks were old enough to be backyard chickens, and could appreciate being outside of the coop for some exercise, we happily obliged them with what we affectionately called yard time. Granted they were fairly young yet, only about 5 weeks in this picture, and so we were always mindful to keep a close eye on them.

Predators are way too abundant in our neighborhood to not feel protective of our young chickens.

Our backyard chickens eventually graduated to longer periods of time that we left them unattended. The chicks would leave their coop and hide out underneath the storage shed that was right next door to their coop.

I could hear their happy chirps and peeps from our deck and that was all that I needed to be assured that they were still alright. This phase didn’t last very long and in no time at all they became more and more adventurous. Our chickens were getting braver every day and explored wider and wider areas around our home and backyard. 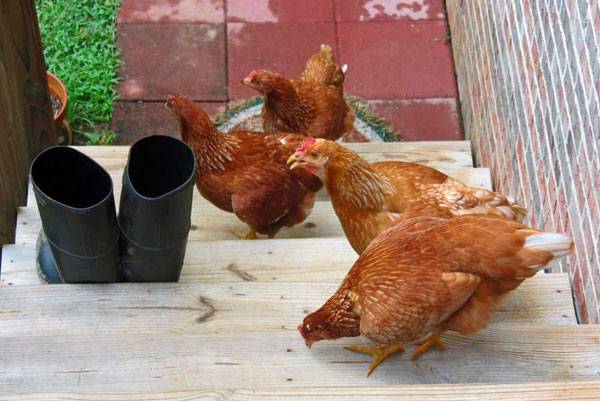 Finding our four chickens on the neighbor’s property was acted upon immediately. It isn’t too hard to imagine being put off by your neighbor’s pets if they were allowed to come into your yard or onto your front stoop and defecate.

Chickens poop a lot and they don’t discriminate where they drop their doodoo.

That’s just the beginning though, chickens also love to explore and scratch in landscaped areas. Gardens, flower beds, mulched areas and potted plants are all fair game for being investigated and explored.

As long as the chickens stick to our own yard, this really isn’t a problem. Try explaining that to a chicken though. Its amazing what they will find on the ground and you know that they have found something exciting when one of them starts running.

I’ve seen Liza go running from the rest of them with a huge worm in her mouth. The rest will follow trying to get in on the action. It’s a full tilt feeding frenzy until that poor worm is in so many pieces you can only hope that it was a quick and painless death. 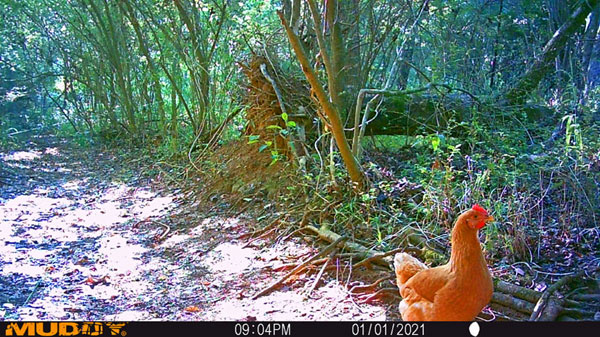 Liza got caught on our trail camera.

Do backyard chickens go off the reservation?

Not really! One thought I couldn’t quite shake at first was that our backyard chickens would wander off and get lost. I’m happy to report that has not been the case at all. The chickens have ventured off for quite some distance but they always manage to find their way back.

Liza popped up on our Muddy trail camera out in the woods one day. I really had no idea that she had been that far from the chicken coop. I was able to recall that by the end of the evening she was waiting with the rest of them near the house. Their sense of direction must be better than I had given them credit for.

These two ideas seemed to be intertwined. In the past I would let them out of the coop and while I cleaned and tended to their feed they were free to move about the yard. They usually hang around while I’m in the yard but when I go back inside the house its anyone’s guess as to where they will head off to.

The bottom line is that our backyard chickens really can’t be left unattended anymore.

They now freely wander out onto the road in front of the house. We live in a cul-de-sac but still get our fair share of cars, delivery trucks and visitors. Having them out on the street really isn’t a good idea. So now comes the real question (yes, I’m using a pun here):

Is free ranging really everything it’s cracked up to be? 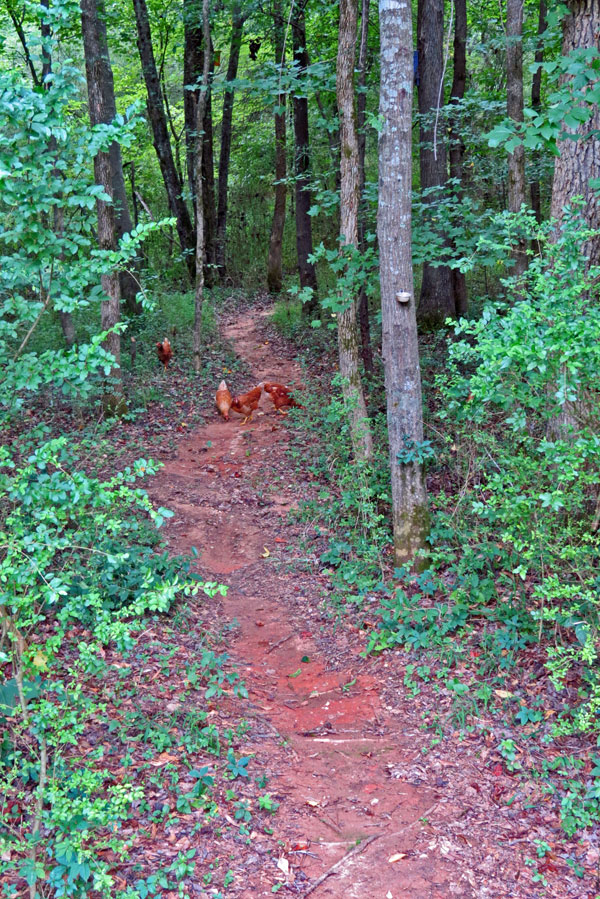 Is Free Ranging Good for chickens?

Any exercise that you can offer your animals is a bonus. Regular exercise not only helps maintain the chicken’s body strength and immune system, but it also encourages their natural instinct to scratch and forage.

An addition to our own DIY chicken coop offered some outdoor time and a little extra room for them to stretch their legs. Sadly the nice grass seen in this picture didn’t last long at all. 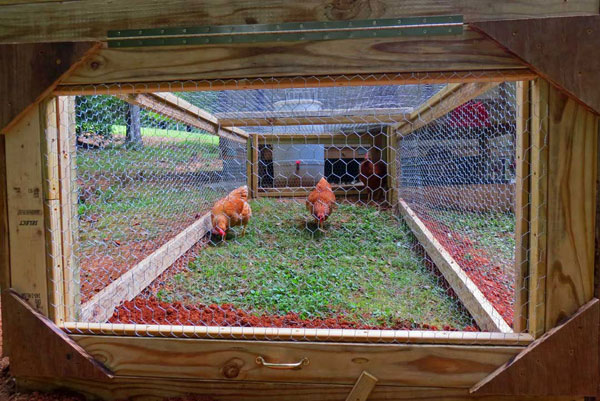 One alternative is to include a bigger coop yard for your backyard chickens. Another alternative would be to build a larger fenced in area outside of the actual coop. No matter how much extra space you give your chickens though, they will eventually wipe out any grass inside the area.

Some chicken coops have the option to be easily moved to other locations within your backyard so that this isn’t a problem.

If you have the yard space to accommodate a movable chicken coop then by all means you could benefit from this type of chicken coop. The thought of having various dead and dug up grassy patches around the yard really didn’t do anything for me.

In the end I feel that it is my responsibility to keep an eye on our free range chickens while they are outside of their coop. If this becomes an inconvenience for me during the day, then leaving them inside their coop once in awhile doesn’t seem like that big of a deal. The alternative is that they should become injured by a passing vehicle or be carried off by a bird of prey.

If you have any thoughts or would like to share your own free range chicken story, please leave us a comment below. We would love to hear from you.