The Hub City Animal Project is holding a fundraiser that will have everyone cheering!

Teaming up with the local brewer RJ Rockers, the fundraiser is set up to showcase pet owners furry friends through a photo contest that will include both cats and dogs. The winner will have their furry friend proudly displayed on the label for a special batch that the brewery is making just for the Hub City Animal Project fund raiser.

This fundraising event was set in motion over the weekend with a ‘Rescue Brew Bash’ that was held at RJ Rockers brewery.

How To Participate In The Fundraiser

The eligibility for this fun fundraising event is posted on the hub city animal project website. You can enter your pet online now until October 8th, 2022.

The voting will start on the following day. You can vote on your favorite cat or dog until October 29th, 2022. The voting is conducted through donations. Each $1 donated counts as 1 vote. Prizes will be awarded to both the cat and dog with the most votes.

One 2nd place dog and one 2nd place cat with the most votes will each receive a $50.00 gift card and once a month Growler Fills for 12 months after the contest ends. 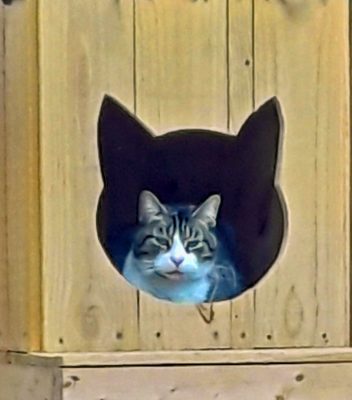 Brew Bash To Meet The Contestants

We were able to attend the Brew Bash at RJ Rockers brewery over the weekend and it had quite a nice turnout. I was a little dismayed that they didn’t have a ‘chicken category‘. With our chickens out of the running it felt like we would be sidelined for entering.

We got home and as I was grumbling about having to move the cat from my chair every time I wanted to sit down, it finally occurred to me that we could enter Ulysses! When we bought our house, the then unnamed cat was convinced that it belonged here. So in a round about way, we actually are adoptive pet owners. Aside from feeding her on a regular basis she has literally become part of the family.

Be kind to every kind, not just mankind. – Anthony Douglas Williams

Using some fencing boards I was able to assemble a small ‘cat house’ to keep her out of the elements. For her part, she has done more then just grace us with her mere presence. She has felt the need to display her affection by bringing small animals that she hunted to our back door. This has ranged from everything like a small lizard to a large squirrel (we had a talk about that one).

The Hub City Animal Project advocates for the health, happiness and connecting pets with owners to provide them a safe home. If you would like to be a part of this animal rescue effort then you can reach out to them through their site.

Vote for your favorite dog or cat

The goal for the Hub City Animal Project photo contest is to raise $20,000. Take a look at all of the contestant and then vote on your favorite, you might have more than one.

Are you a fellow animal lover? Leave us a comment in the section below.

Reading Aloud Benefits The Reader And The Listener 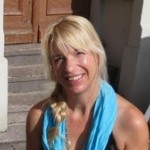 How to Make the Best Red Lentil Curry