I have a confession to make. I’m a bubble buster game addict!

Seriously, I have given countless hours of my life to my Android phone apps version of Bubble Buster. I can only look back at the last three months and wonder where that expanse of my life went.

I thought game addicts were those people who played fantasy role playing games. Like World of Warcraft, or some of those games that took you out of your own life and brought you into another reality. Oh wait, that’s exactly what happened to me, huh? 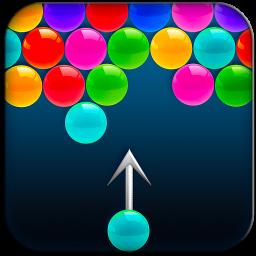 The Bubble Buster Game is an arcade game.

This darn bubble game makes you connect three or more like colored balls to get them to fall off the playing area. The player must clear the field in order to move on to the next level. As an added bonus, the top of the field begins to descend after a short period of time and you find yourself trying to clear the screen before the collection of balls hits the bottom of the screen.

The Bubble Buster Game is simple, yet highly addictive.

Speaking for myself, I found each new layer a challenge and their was something inside my head that had me wanting to complete the next level and continue onward. Toward what? I don’t know.

Would life cease to exist if I didn’t finish that last game or would all mankind still be able to live and breath?

My confession must continue so that I may be truly absolved of all my sins.

Not only was I highly addicted, but the length to which I would go to find time to play this stupid game was rather disturbing. My work breaks, which consisted of two 10 minute breaks and a 1/2 hour lunch were consumed by my Android apps little screen busting up little bubbles.

More often than not, I would look up at the clock only to realize that my time had come to a close and it was time to get back to work. It was rather pathetic, I couldn’t control the habit!

The beginning of the end for my bubble busting.

I remember it like it was yesterday. There I was. Level 842.

I had been playing Bubble Buster for weeks on end and I found the level to be more than just a challenge, it was an obsession. There had to be a way to clear this screen. I was doing something wrong!

More time and effort had been put into this than most things that I had done in my life. All of this to no avail. It was insurmountable. It wasn’t going to get me by. The game was frustrating me to end! I actually reduced the attempts to finding the right colored balls or just ended it quickly rather then even trying to attempt a failed start.

I was actually cursing the game on my phone. Silke just laughed and I realized the absurdity of it all. Weren’t games created for enjoyment? How had I been reduced to yelling at this stupid game on my phone? It was time to call it quits. In a flash of heated anger I removed the app from my phone.

A final screen came up: Application has been removed.

I couldn’t believe it! How could I have done that? After all the time I had spent playing that stupid game, could it have ended so quickly? With a finality I resolved to let it go.

What came next was unexpected. I actually felt a weight lift off my shoulders. It was over. I could move on with my life.

I would like to end this confession of my Bubble Buster Game addiction with an apology to my wife, friends, and family. They unknowingly had taken a back seat to a stupid  game that held no real value or purpose, but consumed my time and attention. Can you forgive me?

Are you addicted to a game on your phone? Leave me a comment below, maybe I can help you break your addiction.

4 thoughts on “Confessions Of A Bubble Buster Game Addict”