Review of our Canon PowerShot camera.

It took a twist of fate that I unfortunately lost my camera while we were in South Carolina that led us to our next camera purchase. It seems strange to think that we traveled all the way to Germany without one. But after a week of being there and an impending road trip to Eastern Germany it was imperative that we purchase one.

Silke and I have been looking at digital cameras for quite awhile, online and in stores, and although this may have seemed like an impulsive purchase we went into the Media Mart knowing what we wanted. Picture quality as well as the ability to shoot video was key. Everything else was considered a bonus.

So fifteen minutes later we walked out with a Canon PowerShot SX40 HS camera in hand. The sales clerk was kind enough to change all the camera settings to English and made sure that the video camera was recording in NSTP instead of the European PAL so we could view the pictures and videos on our LG smart TV in the US. 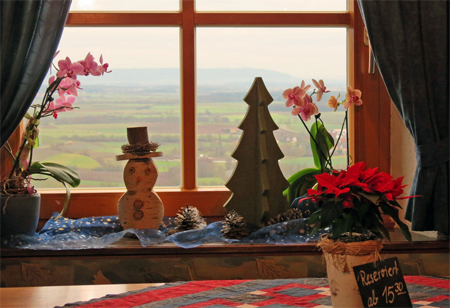 This camera is exactly what we were looking for. It has all the features we need to take great looking pictures outdoors, as well as close ups of our bottle craft projects and family gatherings. The Canon PowerShot digital camera is very easy to use and has a built in flash that can be upgraded if needed.

We have taken several videos with our Canon camera now. Silke had to upgrade her video editing program to be able to open the videos, not a big deal. Other than that, the videos turned out very nice. Take a look: Bottle Lamp Making Part 1

Read more consumer reviews and get the latest technical information on the Canon PowerShot Cameras at Amazon.com.

UPDATE: We are still using our Canon Powershot camera as of December 2016. We have had no issues at all with it after taking thousands of pictures and countless videos. It still takes great still photos as well as videos today. This is a great camera for its price point. We highly recommend this line of Canon cameras.

A Canon camera makes a great gift for any inspiring photographer!

Do you have a favorite point and shoot camera? Leave us a comment below.