Bucking The Trend Of A Throw Away Society

Do you fix or throw away broken things in your home?

I have always admired people who could fix things. If it was my Dad who could take the radio apart and get it working again or my Mother who would mend an old shirt and add more life to it. Nothing was ever looked over with haste in the home I grew up in.

In my mind it took a little more than know-how, but also a sense of curiosity and limitless creativity. You had to look at a radio and have this itch that you couldn’t scratch inside your head: “What makes this thing tick?” This questions would nag and persist until you took it apart and found out exactly how it worked. The creativity would lay in how you would fix the problem. Read on to find out what got me thinking about out throwaway society these days. 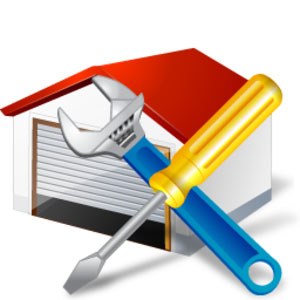 We came across an estate sale over the weekend and I found a hedge trimmer. Silke’s first question was to ask if it worked. I quickly plugged it in and it noisily came to life. For $5.00 I really couldn’t argue. We went inside after looking over the garage to see if any furniture was left. She where I had put it and I told that it was staying outside while we looked around. Who needs a guy walking around the inside of the house with a hedge trimmer in his hand? Nobody trying to keep people at an estate sale.

We got back outside to pay for our finds and I was once again asked to make sure the hedge trimmer worked. Once again it took off without fail. Satisfied we made the purchase and took it home. Once I got home I was eager to try it out and see if taming the front hedges would be possible. I plugged it in and nothing. Three outlets later it was determined that what had really been purchased was an oversized paperweight.

Here’s the fix: If I had purchased this at a store I would have simply returned it for a new one but because it was bought second-hand it was really at a stand still. Going back to haggle over a five dollar item was not an option so it only stood to reason I was going to take a hit on this find. Not so fast.

It wasn’t hard to imagine my Dad saying; “Let’s take a look at this.” No way would this thing go into the garbage that fast.

It would be taken apart and scrutinized for any possible defects or broken parts. Emboldened with a new sense of “what do I have to lose?“, I proceeded to take it apart. Surprisingly the components were pretty straight forward and it looked like the copper parts were tarnished. Once it was cleaned and put back together it took off right away. The hedge was trimmed down to the proper level and my new find was put up on the shelf to await its next use.

More than patting myself on the back for this minor accomplishment, it really came together about making things work with what we have. I’ve seen things thrown away before, tools and stuff that were way more expensive than my hedge trimmer, and have wondered if they actually tried to fix these things before tossing them aside.

This is where things get a little tricky. Let’s say it was something that I really wouldn’t have been able to simply take apart and put back together. If I had taken the hedge trimmer to a repair shop and the repair man who makes $30.00 an hour takes a look at I’ve just lost my cheap find. It would be less expensive to pick up a new one than fix the old.

Our throw away society wasn’t born over night and it didn’t happen because we’re lazy and really don’t care anymore. It was conceived from the notion that we can make things for less and that our time is worth more than our money.

If taking the hedge trimmer apart had resulted in it still being useless would I still feel the same way? Absolutely. It would have been more troublesome to have done nothing at all and simply thrown it away.

4 Responses to Bucking The Trend Of A Throw Away Society