A Month Of Sunny Sundays

A short story about Glen and how how easily life can get out of whack.

A ‘Month Of Sunny Sundays’ is part two of the Glen Dempsey, the ever evolving worker short story series by Nick Jager. If you haven’t already, start here to read Part 1 – The Ever Evolving Worker

The entrance to the Grace Mental Health Unit sat away from the road and was protected by the thick hedge that kept it hidden all year round.

Glen Dempsey parked his car in the visitors parking lot and made his way to the entrance. Once inside the building he immediately felt as though he had entered another world altogether. The receptionist was an older lady that sat behind a glass partitioned wall that gave the feeling of a prison rather then a medical facility.

She raised her head from her computer and cocked her head forward so she could look over the top of her bifocal glasses all in one movement giving her the appearance of a gangly bird. “Can I help you?” 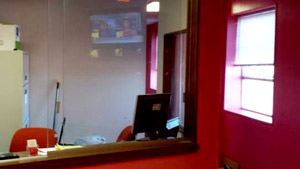 “Did he know you were coming?”

“Yes. We spoke on the phone yesterday.”

“If you’ll sign in here you can wait for him in the visiting room.”

From the other side of the glass came a clipboard with a pen chained to it. The form asked for: name, time-in, time-out, and a signature. The form also contained a disclosure statement at the bottom and a list of things you could not bring in to give to the patients. He had never thought to bring Jim anything and suddenly felt empty handed.

With the signature and arrival time set, the receptionist buzzed the door allowing him to enter into a larger room that contained all the feel of a living room. Tables and chairs on one end with shelves full of books and games. On the other end was a couch that faced a television set.

The TV was on but he had to strain to even hear what was being said. The entire couch was occupied by a rather large man sleeping on it. Sitting at one of the tables and chairs was a teenage boy dutifully working on a legal note pad. He was skinny and looked rather pale. His jet black hair seemed to amplify this.

The first word that came to Glen’s mind was goth, but it was really hard to tell now days. Laid out on the table before him was a case with countless colored pencils, a sharpener, and an eraser. Totally engrossed in his work he hadn’t even noticed Glen enter the room.

Taking a seat at another table, Glen quietly waited for Jim to arrive. When the door on the opposite end of the room opened he anticipated Jim’s arrival but realized it was someone else. With just their head and hand sticking out from around the door someone called over to the kid with the pencils and note pad. “Kevin, you got a phone call!” The legal pad and pencils that had occupied his attention were immediately forgotten and he almost tripped getting up to leave the room for his phone call.

From the angle at which Glen sat he could see what Kevin had been working on, it looked like some kind of a drawing. He looked over at the door and then back at the pad again. The guy sleeping on the couch hadn’t moved since he had come in and really didn’t look like he was going anywhere. Quietly getting up from his own table he made his way over to get a closer look at what it was Kevin had been working on.

The pages were rolled over and well worn, if he didn’t handle them with a small amount of care, they were going to fall right out of the book. The drawing appeared to be a single still. This wasn’t amateur hour by any means. This kid had talent.

Carefully rolling back the pages he saw what looked like a cover to a comic book that depicted Santa Claus on a chimney holding some sort of liquor bottle. In big bold letters across the top, the title read: Chemical Claus.

The next page depicted a few reindeer all with shiny glowing noses. In the background Santa could be seen pouring something from his flask into the water dish of Blitzen. The amount of detail in all these pictures was amazing, given the fact that it was being done on a yellow legal pad, and only the cover had been colored in.

Glen thought he sensed movement from the couch and realized how guilty he suddenly felt looking through this kids things. He tried to place the pad back the way he found it and quickly returned to his chair at the other table. Where was Jim? He should have been here already. The door opened at the back of the room once more and Kevin came back to sit down at his table. The drawing was lost from his attention as he suddenly seemed lost in thought.

Glen guessed it had to do with his recent phone conversation and actually felt a sense of relief come over him. Kevin wouldn’t even register that something was amiss. The room suddenly felt smaller and Glen fought back the sudden urge to just leave.

As if on cue, Jim came into the room. He looked like he had aged over night. Sporting a three day beard and pajamas he slowly made his way across the room flashing a small smile. He looked sheepish and maybe a little embarrassed but reached out his hand to offer a hand shake as a form of introduction.

Glen wasn’t biting. He side stepped his friends offered hand and returned a hug instead. For a moment Jim seemed frozen by this, as his body became rigid, but he slowly began to relax and made what almost sounded like a whimper. “I’m glad you came.”

“I wasn’t planning on standing you up.”

They sat across from each other and Glen realized again how much his friend had changed. He seemed vulnerable sitting here this way. Hardly the way he remembered Jim at all. Jim… the one who was always the life of the party. The Jim that he had gone on countless fishing trips with and always had a story to tell. The Jim who always seemed larger then life was now this smaller version of himself and more subdued.

“Have you talked to Penny lately?”

Penny, Jim’s wife, had been anything but sympathetic to Jim’s recent life situation. He’s had a nervous breakdown after loosing the job he held for over 15 years. It was Penny who had called three days ago asking if Glen would go visit her husband in the ‘crazy bin’ because she really didn’t have time to deal with that right now. After all, someone had to care for they’re two kids and keep a roof over their heads while Jim played crazy.

“She’s the one who called to let me know you were here.”

Jim sighed and stared off across the room. Glen thought that Jim probably knew all too well what his wife thought of his latest bought with depression. He steered the conversation away from this subject because he really didn’t want to address it. An imminent divorce seemed to lie ahead in their future, unless something significantly changed.

They talked at length about topics that switched from work to the kids and back to trips they had always talked about taking but never really got around to. The conversation had run its course and Glen felt the need to wrap things up. Jim was in a better mood and his old self seemed to be peaking out from around the dark veil that had now covered him. “Is there anything I can get you?”

Jim once again stared off across the room looking at everything but registering nothing. 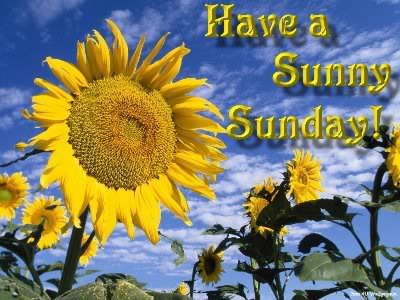 Glen was waiting for the punch line and soon realized that one wasn’t going to be given. It was a strange request and not really tangible at best. Lifting his hands in the air in a surrendering pose he returned the request with a questioning stare.

“Don’t Sundays always seem the calmest. I mean, no one’s rushing off to work, there’s hardly any traffic, and life just seems like a simple pleasure rather then a complicated mess. I don’t want complicated any more Glen. I want things to be simple again. The way things were for Penny and I when we were first married and madly in love with each other. The whole world was waiting for us and we were ready for the challenge. I want it to be like that again.”

Glen never saw this one coming and in another context might have found all of this funny had it not been for the sincerity in which his friend now spoke. “We can’t bring back the past Jim. We have to concentrate on what’s happening around us now and it will affect the future.”

Jim offered nothing in response but only nodded his head in agreement with what had been said. “Thanks for coming.”

The hug was less awkward the second time and Glen promised to visit again soon. After signing out on the clip board he slowly made his way back to the parking lot. His mind filled with thoughts of the building that now laid behind him.

Kevin with works of art that would never see the inside of a publishing house, Jim who was fighting with his own demons of the present that he wanted so desperately to hide from.

For a brief moment he actually envied both of them. To be able to not worry about anything and have everything taken care of for you actually seemed quite appealing. It was at that moment that his thoughts turned back toward his own schedule that lay ahead.

He had to get back to work, finish his shift at the factory and run a few errands afterward. What was he supposed to make for dinner tonight? The tranquility that the Grace Unit provided was quickly evaporating.

Maybe a month of sunny Sundays wasn’t so crazy after all.

Have you had a similar experience? Please try to stay positive and take a moment to share your comments below. Remember to subscribe to receive our articles in the future.

9 thoughts on “A Month Of Sunny Sundays”